A Big Thank You to the government for NIMHANS

The Central government outsourced the task of checking and influencing the mental health of Anti-Nuclear protesters to the Bangalore based National Institute of Mental Health and Neuro Studies (NIMHANS) details here and here.

Protesting groups should warmly welcome this news for at least two reasons:

2) That this premier institute can do a job that has not yet been accomplished with state torment, state terror and unilateralism and all the states previous dirty tactics have failed to make any discernible difference to the mental resolve of the Indian people.

One wonders whether the Indian government is trying to emulate Alexander the Great, Hitler or the Chinese militia by getting into PSYOPS,  - Psychological operations used to induce or reinforce behavior favorable to state objectives. But, then you need to be a master of the game and be successful for this.

The problem is that the Indian government does not learn from other countries’ experience.
They prefer to take bites of something from somewhere and then apply that little knowledge in bits and pieces with an objective of making a masterpiece. In this process, they fail so miserably that you almost pity for this Government. They look like a bunch of jokers suddenly discovering that the joke is on them and very embarrassing for themselves and the country.

Well, these are such grim times economically, with the country reeling under hyper inflation, and a good dose of government induced comedy would certainly be welcomed by all. Humor definitely takes the stress out of daily life. That much we know for sure by experience!!

It is interesting to take a look at the Indian government’s expensive and repeated efforts in shaping public opinion.

They forced people to watch pathetic “documentaries” in cinema theatres.
So utterly pathetic were these documentary films that a whole organization – Films Division – is now practically closed down after spending decades of efforts and tons of cash upon it.

Another white elephant of the government is the DAVP (Department of Audio Video Publicity). Their production quality of print and radio advertisements is so horrible that even second grade kids make better posters at a drawing exhibitions.

The Indian Government’s efforts to dominate television have also yielded equally pathetic returns. Its flagship Doordarshan – with its “basket” of channels -is fondly termed as

The programming, presentation and anchors all seem to be in a time warp.

Sensible people prefer to watch umpteen reruns of 1970s M*A*S*H than any current program on these government owned channels. The Doordarshan channels are Free to Air unlike most other private say channels. Even this carrot of “free” does not entice viewers, a fact borne out the TRP numbers. To claim that the channel is doing “public service” programming is ridiculous when you consider that there is NO public watching it! Even when they get opportunities to telecast live sports, they make a hash of things with unbearable commentary and advertising that extends into the “Live” action! The moment the sporting event is over, this forced audience makes a dash for the remote for changing channels.

Now that the government has decided to sort out the mental health of Indians, it could probably extend the services of NIMHANS to some of its own party people and partners. 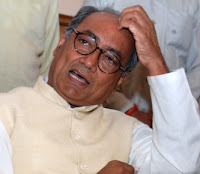 For long people have been questioning the mental health of senior party leaders who talk absolute rubbish on national television without even realizing that they are actually buffoons personified. And when these politicians see things on the Internet which 'hurt' them, then they think that they can take down the whole World Wide Web with censorship. These Central Ministers have no clue about the ways and means of getting around its censorship. If they would spend some time with their children at home, they would learn tons of lessons from their own kids on proxies and bypassing firewalls and getting information.

The government’s mortal fear of knowledgeable and informed citizens is well known to all. What these mentally challenged senior ministers don’t realize is that the world order has changed. 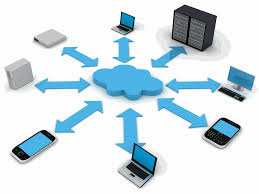 Information has empowered people. People don’t fall for propaganda like they did in the times of Alexander and Hitler when there was a single source of (dis)information.

Now, people check, cross check, verify, watch videos, interact online with experts around the world and network together. Then and only then do people make decisions and these decisions are deeply “informed.”

The government opens its mouth only to put its foot into it. So frequently does it end up issuing ‘clarifications,’ ‘denials,’ ‘quoted out of context,’ ‘lack of communication,’ ‘misunderstood’ and other sundry excuses to backtrack its own official statements that people no longer believe “anything” which the government officially states.

Their attempts at using social media for public information (read as propaganda) are a joke in itself what with late, inaccurate and inane flashes of news. An unofficial parody Twitter account of the PM’s office does a hugely better job than the official ones by the Congress.

The Indian government is patting its own back claiming success in Kashmir and thinking they won back the locals and extremists with “communication” (and a healthy dose of repression).

My theory is quite the reverse. It is very much possible the people of Kashmir got proper information of their neighboring Pakistan’s real state of affairs through the internet. And when they looked at the sorry state of affairs in that country, they decided that India is a less evil place than it - because a known devil is better than an unknown one.

To claim that Indian North Eastern militancy is down is another figment of this government’s imagination. What has been communicated to the youth there? Allowing Irom Sharmila to fast for ELEVEN YEARS is the sign of great mental health? It is a sign of delusion and a complete lack of ground level understanding. This shows how much the government of India depends on mental torture.

People these days also read much more and follow news in real time.

They don’t have the inclination to be taken in by this “paid” media.
Rather, they seek information from special interest groups, blogs and websites run by industry veterans. Insiders who once worked for governments are talking openly. Industries too are raising informed debates after realizing their earlier mistakes. People get their information from multiple and independent sources. These online sources cannot spread misinformation because then the retribution comes almost immediately from the readers – so they do not spread falsehoods. Hence, any attempts to use these PSYOPs by the government are bound to be still-born because such tactics have always banked on slanted facts, partial truth or upon pure lies. None of these have a place in the digital age.

People can simply calculate the costs of various forms of energy per unit, check the safety claims of the government, check cost over runs, compare the time to set up nuclear projects vs renewable projects, see the continuing horrors at reactors 1-4 at Fukushima, witness the miseries of those who have been evacuated, contemplate Chernobyl’s ‘dead zone’ condition even after over 25 years and THEN decide what they want. 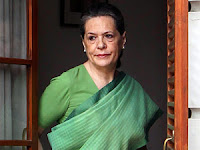 If after all this, someone still makes a pro-nuclear case, his/her mental health definitely needs the expertise of NIMHANS.
Anyway, the Congress government and its leaders don’t not rely too much on their own institutions and prefer to go abroad for treating their own secret illnesses and simultaneously conducting business there, why will they go to NIMHANS? Sonia Gandhi's mysterious treatment costs Rs 1,880 cr: Swamy

The NIMHANS experiment will accomplish what the anti-nuclear groups have not yet been able to achieve.

This involvement of government will immediately force skeptics and fence sitters to verify what the official statements really means and the hidden agenda of this government. And once people check things out, they will become committed anti-nuclear advocates.

While at this experiment, the mental health doctors at NIMHANS could also study the reasons for increased suicide rates, dangerously high levels of depression, divorce and assaults among the Indian population. They should search for correlations between these reasons and the income inequality in society post “liberalization” of the Indian economy since the 1990's by their fond leader Dr. Man’moan’ Singh.

They could also search the brain of another civil servant who goes by the name of Montek Singh Ahulwalia who challenges the nation’s tolerance with his ridiculous poverty levels that go lower and lower each year even as inflation gallops. It is not that the latter is mad; he is after all just changing the goal post to make the poor disappear from government stats. But his crass and inhuman manner of doing this noble (sic) task deserves investigation by mental health experts.

Indeed, it would be apropos if the government’s own mind undergoes a thorough ‘routine’ checkup at NIMHANS. Because this government expects citizens to believe that a nuclear bomb makes India a safe place.

What safety? You can bomb your neighbor but then you yourself too will be under a radiation cloud.Is that safety?

That surely speaks volumes about the mental health of these career bureaucrats and illiterate politicians. To own a nuke bomb is very easy. But who will have the guts to use it? Does either India or Pakistan have the guts?

Hell, they don’t even have the guts to hang a terrorist caught on camera killing hundreds of innocent citizens for years and neither any other terror suspect. What guts does the nation have?

To this, these wily people will say that nuclear weapons are a “deterrent.”

That is another blatant lie which is exposed by the fact that almost immediately after the last nuclear test, Pakistan launched the Kargil war that resulted in huge casualties for India and even then, the armed forces coffin scam occurred - abetted by these same government controlled bureaucrats.

So whose mental health needs a checkup?

This Government wants to promote nuclear power because of increased because of its perceived demand supply mismatch. Meanwhile the dimwits in its ministry take extremely minuscule steps to minimize electricity wastage or to disconnect power of defaulting industries which are resulting in power shortages for the ordinary citizens.

Everyone knows that when you don’t have money in the pocket, you should cut down on your demands and not to increase demands because that does not fill your pocket. But whether it is electricity or government spending, the establishment takes these curiously insane decisions of over spending and yet calling others crazy when they point out the truth.

Such PSYOP's will certainly benefit the anti-nuclear lobby more and will hurt the government.