Dr. M R Srinivasan (the ex Chairman of the Atomic Energy Commission) wrote in the Business Standard supporting the Koodankulam nuclear power project. (The newspaper has not published my comments although they claim to be ‘fair’ and ‘unbiased’ in their moderation but my partial rebuttals are available on other websites.)
Since the learned scientist has not replied to me nor have the sites which published this material done so, I can only hope that it is an act of innocent forgetfulness. I do have some pertinent issues with his interview (in fact, quite a few issues). I would like to ask him via this letter somethings which he did not touch upon in the interview.

What exactly happens to the nuclear waste which gets generated? Even after accounting for reprocessing, it is a huge problem.
The Nuclear Suppliers Group (NSG) will not honor all its commitments forever. Where will all the radioactive material go? Into whose backyard?

Sir, you might have heard of Yucca mountains in Nevada, USA. After spending billions over twenty years, why is no radioactive waste stored there?

Sir, as a well educated and well read scientific person, surely you would be up to date with current affairs. Please explain what is the condition of Reactor No. 4 at Fukushima?

U.S. Senator Ron Wyden, a senior U.S. Senator visited Japan last month. His report describes the shocking state of Fukushima reactor #4 which is now no more than a broken shell with huge amount of spent fuel spilling out.
Surely, one small quake and it will be "the end" because large parts of Japan will be destroyed besides polluting the whole earth with extremely high and catastrophic levels of radiation.

Sir, you have said that Fukushima was an exceptional case.

But then ALL accidents are exceptional and unpredictable – until they happen in the first place. That is precisely why they are called as accidents!!!

I believe that what you had in mind is something called as a “black swan” incident. But then,even a black swan event happens only the FIRST TIME. After that incident occurs, it has to be anticipated in future, lessons learnt from it and they should be avoided as an unacceptable risk. 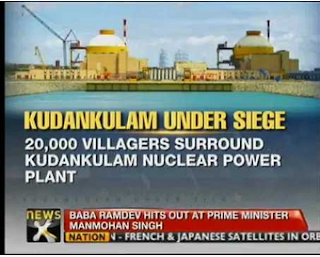 
Agreed that each and every project or any business  (and in fact whatever we do in life) has an element of risk involved. The correct term here is the “Risk – Reward Ratio”

So, is this a justified risk Sir – the risk which this project entails in return for some questionable returns?

Are you in the habit of crossing a high street with your back turned towards speeding traffic and knowingly face an accident?

The fact that you are so much elder to me indicates that you must be a careful person.
Then why and how does your conscience justify the perils you ask your fellow citizens to undertake?

Sir, you might have heard about the worst industrial accident, ironically in India. It happened in Bhopal. Thousands had perished then. This happened in 1984. But yet, till date children are born with serious defects because of the chemical poisoning their parents or grand parents received from this accident.

Sir, you may be aware (or at least you might have heard of it in passing somewhere) of DNA and what happens genetically when the DNA is altered even to a small extent and the subsequent health effects.

Radioactivity does the same with far more deadly effect.
Otherwise, why should X-Ray technicians wear protective clothing?
The Bhopal experience taught us many things. The most notable one being that the friendly foreign partner deserts you faster than rats desert a sinking ship. How are you certain that nuclear liability will be paid to victims in case of an accident – however paltry the amount may be?

Incidentally, is that the reason why the poor in India are classified as earning less than half a dollar so that the least amount is payable based on their earning potential??

It remains a mystery as to how you claim that a ‘few’ people were affected by Chernobyl.

Sir, I was a young lad in 1986 when this happened and you were a young scientist at that time.

We can both recall the radioactive cloud moving towards Europe and the terror felt then.

We have both grown up in these past 25 odd years. But yet even after so long, an approximately 3000 to 4000 sqkm area in Ukraine is still unfit for habitation.

You have dealt professionally with the USSR and would know for a fact that the real numbers were never disclosed. If you notice, countries around Ukraine till date have the highest rate of cancer and birth deformity. Surely Sir, you are aware of how ridiculously false even the Indian government statistics for cancer rates at Tarapur, Kalpakkam or Rawatbhata are!!!

As a highly educated and distinguished person, you might be aware of “criminal negligence”, “common and malafide intention”, “acts done with the knowledge to cause harm to person and property” I would hate to see you become a party to such conspiracy. That would actually be criminal waste of your intelligence.

Sir, I have many more questions in my mind. and if you you think that I should not ask these, then I think you should reply to today's questions first. These are questions which are being directly asked to you and I will ascertain that you receive a copy of this. I simply want to ensure that if at a later date, your memory fails you (as usual), then this proof still remains intact.


It is never too late to admit your mistakes and move on ahead rather than be condemned and to face the results of these past mistakes.
Is that correct Sir? 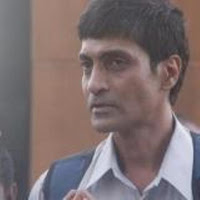 (Originally published on May 12, 2012, republished again on August 15, 2013 with modifications by Anuj Wankhede)