Dr. Srinivasan, I Invite You to Debate on Koodankulam


While the debate on whether the Koodankulam reactors are really ‘safest in the world’ will continue, the protests and the governments response to it has made it amply clear that our nuclear establishment is definitely one of the safest in the world – free from any scrutiny, consistency and accountability. Our nuclear patriarchs are experts, educators, advocates, and judges – all rolled into one!


Dr. M R Srinivasan, the Ex-Chief of India’s Atomic Energy Commission, is one benevolent expert. Through out last 7-8 months, at the height of protests by people in Koodankulam, he has been busy “allaying people’s fears” through newspaper articles and video conferences. In February this year, he also got appointed as the head of the Tamil Nadu Government’s 4-member Expert Team that was supposed to look into Koodankulam impartially. Soon after announcing his judgement, he is again at media offensive not only declaring Koodankulam and nuclear power safe, but also holding the alternative energy sources un viable!

Here is my open offer to him:

Sir, I had been thinking a lot about some things which you may be able to answer.
You were the Chairman of the Atomic Energy Commission of India – although the word “Commission” rings a wrong bell these days.

Anyway, I was interested in reading your article in this weeks Business Standard and stumbled upon your work in this very publication in October 2011. That was six months after the tragic Japan event. Then you had vouched that – on orders of the PM – a review of all the 20 existing reactors in India were done. And within six months, they were not only certified fit, changes made to prop up safety and all was good. Imagine! All this in six months! Shows that when the government machinery wants something done, they can do it. But then it is also possible that….

Anyway, coming to the point, you mentioned then that the whole thing at reactor 1 at Kudankulam was ready to go (except for some troublesome villagers). It was with pride you wrote that this “new improved” reactor had something called a “core catcher”.
Intrigued, I checked and found that it is brilliant! Suppose, the radioactive core melts, like in Fukushima, the whole thing would drop into the catcher which is filled with boron powder to keep it quiet for sometime.

Something akin to a baby diaper to catch things., I thought. Good thinking by the scientists in Russia where they recently fixed one of these – apart from Peoples Republic of China. So India got it too.

Sir, then I thought a bit more. 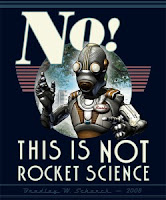 The construction of our reactor started in the early 1990's when this idea was barely thought about in labs. It was only recently commercially deployed. This must have meant that the reactor designers had amazing foresight to make space for my core catcher. Its not a small diaper or bed-pan kind of thing you see, its huge. And the reactor. It weighs several hundred tonnes. Is it possible to retrofit this in a reactor? At the bottom? Engineers are brilliant people, so after selling cars with defective brakes, they get flashes of brilliance and then make safer cars, by which time a “few incidents” (your description of Chernobyl) have happened. But Sir, the cars are then recalled for being faulty. I don’t think nuclear reactors can be recalled.

So they continue to run as they are.

But then this is confusing stuff. You say that those 20 reactors are ‘absolutely’ safe and yet
say Kudankulam is THE safest. So, those others have elements of design missing which could prove critical in case of a black swan. Either that, or all the reactors are more dangerous than this one. Anyway, the core catcher itself at Kudankulam might be an after thought which did not fit in the original plans and I have my doubts that so many changes were made – almost at completion time. Frankly Sir, the core catcher does not catch my imagination.

Now that we have established that either we have 20 more dangerous reactors in India or else, if those are all indeed safe, then the core catcher was not required at all.

Sir, you wrote then that the production cost of nuclear power in India was cheapest as compared to solar and wind. I was suitably impressed with your figures. If indeed this is so, I thought, Germany and the others are fools to shut down their nuclear power toys and go renewable.

The article being in a business magazine itself was a bit out of context and fortunately so. Because then I looked for ‘fine print’ – always lurking somewhere.

And there it was! Production cost.

Not the cost at which it is supplied to discoms or to the consumer. It does not include the other costs which remain hidden like the subsidy which the government will provide out of every tax payers pockets – from construction to running the plants. I had read somewhere that nuclear power plants make such huge losses that there are virtually NO nuclear power companies which survive without government subsidy. Isn’t that so?

Now, to this cost add another cost which nobody cares about when dreaming the Viability of the project.
The D word. It is the cost of Decommissioning the thing, which to their horror Americans are recently discovering. Reactors outlive their lives and cannot be run even after re furbishing them. You can’t leave them like that too. They are deathly radioactive. So, they cost AS MUCH or even more to dismantle than to put them up in the first place. All this does not come up when it is said that nuclear is ten times cheaper than solar.

You also told us that the cost of natural gas in the international market is very high and so gas fired projects are not viable cost wise. But then we saw earlier that nuclear ones can never ever be viable. Even here, I found something amiss – the international prices of uranium has significantly gone up after mines closed down following Fukushima and consequent cancellation of plans to build new nuclear projects. I wonder what it does to the costing now?

Sir, you said that the cost of solar power is very high and there were issues with land acquisition. But the prices of photo voltaic cells and panels has crashed so much lately that only last month, First Solar of USA decided to shut down its German plant and almost close its Malaysia production lines.

It’s the Chinese Sir. Just like all electronic items, they are mass producing renewables and prices have crashed completely.
Also, last month Gujarat inaugurated Asia’s largest solar farm. It was built in 2 years! Imagine that! In the time it takes to lay the concrete of a nuclear plant, a solar project is up and running with free raw material for life. No fluctuation of input prices depending on politics, diplomacy, climate, demand supply, value of the rupee and other things.
Sir, I think you should have factored this in your calculations of cost and then said that nuclear power is the cheapest. Without sounding rude, I think costing and economics may not have been your strong subjects in high school.

Sir, the twenty reactors don’t instill much confidence after knowing there are safer options available. Now they don’t make sense even cost wise!

Another thing. The cost of cleaning up a modern nuclear mess cannot be calculated. Till date, Japan does not know how much it’s going to be. Trillions surely, just how many trillions they don’t know.

Sir, babies are cute to hold until they soil their bottoms. Then, they get passed around till the last one is left holding it.

I am a trifle worried for you Sir. These days retired officials are being sent to prison for wrong decisions taken years earlier and lose pension too. Not to talk of honor. And it seems only yesterday you were the expert who justified Kudankulam post Fukushima. God forbid,if things go wrong at a time of retiring and you should be playing with babies. That would be so sad!

You can, of course, think about it and do things to stop the loading of fuel rods at Kudankulam…