A discussion with MV Ramana and Lalita Ramdas about the need for nuclear energy and its ramifications for Indian democracy.


M. V Ramana is a physicist at Princeton University, USA and Lalita Ramdas is a prominent anti nuclear activist and environmentalist.

Anuj Wankhede and Caitlin Stronell spoke with them at the India International Centre in a free-wheeling discussion about the past, present and the future of the ‘atomic’ industry

“Anti Nuke” is a term which Ramana prefers NOT to use; as he put it, if ‘nuclear scientists’ are not called “Pro-Nukes”, then why should those who think nuclear power is a bad idea be called ‘Anti-Nukes?”

MV Ramana’s latest book “The Power of Promise” has been a long time in the gestation. 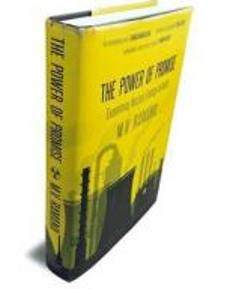 Starting from a paper written around 1999-2000 on the estimates of the quantities of nuclear waste generated by the Indian nuclear program, calculated in the context of revelations that the Department of Atomic Energy was proposing to dispose of radioactive waste at a site called Sanawada in Rajasthan, near Pokhran, this book is based on a number of academic papers on the economics and safety of nuclear power. The book resulted in part from his observations of the nature of the debate during the Indo-US civilian nuclear deal between 2005 and 2008.

During this debate, the Department of Atomic Energy claimed that it would massively expand its nuclear energy program and by mid-century, nuclear power would grow hundred-fold to constitute a major source of electricity in the country.

His examination of the Department of Atomic Energy (DAE)’s history and past record, as well as how it is proceeding with its nuclear expansion, suggests that it is NOT feasible.

Ramana, says that he feels that it is very important to respond to grass roots issues. The very ‘expert’ status of nuclear scientists has tended to prevent a public debate on this vital issue, but what he wants to show people is that they can understand the issues involved in nuclear power expansion and he hopes that this will promote a much needed public debate. Lalita suggested that it would be very useful if Ramana could consider preparing a short monograph which could summarise the key issues that MV has covered in his book. Given that most people might not actually read the longer version, and that the concerns raised are seminal to creating a widespread awareness and providing scientific information on the reason for growing opposition to nuclear energy – would this be a feasible project? Ramana smiled and indicated that he might consider this.

Our discussion began with the costing issue. The most important promise of nuclear energy is that it is supposed to provide cheap and abundant electricity. But how is the cost of producing nuclear energy actually measured and understood? In an effort to make nuclear power seem competitive with other forms of power generation, various creative accountancy methods have been used. In the UK they came up with a system of plutonium credits to show that nuclear power would be more cost effective than coal. In India, despite inclusion of a plutonium credit, during the early years, nuclear power seemed to be more expensive than coal based power. Therefore, the DAE started pointing out that because India’s coal deposits are predominantly in the eastern part of the country, once the cost of transporting the coal for power generation plant is factored in, nuclear power becomes competitive with coal based thermal power.

During the 1960s, in the times of Homi Bhabha, the first chairman of the Atomic Energy Commission, it was claimed that nuclear power would be cost competitive with coal-fired plants that were more than 600 km away from a coal mine. But at that time there were no nuclear power plants actually running. But as they gradually came online, the actual costs proved higher than initial estimates and the ‘600 km’ figure was revised to 800 km in the 1980s. In 1999, however, an NPCIL report said that nuclear energy would be cheaper than coal-fired thermal energy if the plant was more than 1200 km away from the coal mine.

Ramana has tested this assertion by using actual figures for what was then the most recently constructed nuclear and coal fired plants and even at a distance of 1400 km coal was still cheaper than nuclear. It became apparent during his research just how arbitrary these figures on cost of coal-fired and nuclear powered electricity were and how they were being used by the DAE to desperately try and prove the myth that nuclear produces cheap electricity.

Lalita pointed out that there should be a comprehensive cost comparison not between nuclear and coal, but between nuclear and renewable energy sources. Ramana agreed but suggested that it would take him a long time to get sufficiently reliable data for renewable sources of energy before he does that comparison.
But surely, we suggested, there are problems with the calculations of the costs of nuclear energy. Why, for instance, is the cost of waste disposal not included? And what about decommissioning the nuclear power plant ? Surely, these are hugely expensive exercises that will drive up costs?

Ramana explains that if you analyze these costs using conventional economic tools, the standard technique of discounting future expenditures will make them small in comparison to the overall sums that are being invested. The issue of waste disposal, likewise, is not seen as a huge cost in the DAE analysis. “They see it as just a matter of vitrifying the liquid wastes (mixing them with glass so that they become solid, preventing seepage), putting them in sealed containers and burying them in a repository, which is in essence a big hole somewhere.” The fact that no permanent nuclear waste dump has ever been built anywhere in the world might suggest that it’s not as easy as DAE thinks but this is just one example of the many ‘promises’ made by the DAE here present technical difficulties and are miraculously sorted out in a mythical future.
This example perhaps indicates how the DAE views ‘the public;’ the very people who will have to live next door to the waste dump or the nuclear power plant or lose their land and livelihood. Obviously people are not convinced by these assurances of safety or of the rosy future that DAE paints.
Protests regarding nuclear power plants will only intensify – rather than just go away – in the future and this is not something that the DAE is adequately taking into account. Since the Fukushima accident, DAE and NPCIL have been engaging in a strong PR campaign to try and convince the public about the merits of nuclear power.

Ramana doesn’t see these campaigns being very effective – at least with the people who will be directly affected – since there is such a major lack of trust between local people and the authorities.

Lalita makes an important point that sometimes even people who are exposed to relatively high levels of radiation – for example nuclear plant or mine workers – are not very clear about the risks they are taking and that it was difficult to get even trade unions involved in the anti-nuclear movement. There are so many risks that people face everyday in their lives and work and they just don’t feel that radiation damage could be that serious. According to Lalita: “This is where scientists play a key role in convincing people that these are real dangers, and we need to work with scientists to get credible data out to the public in a form they can understand and easily absorb if we are to counter the DAE propaganda.”

Ramana’s take was that low level radiation damage is fairly controversial but that it is the onus of the people who say it is harmless – i.e,. NPCIL, to prove that this is true. Given the risks that the people at Koodankulam or Jaitapur will be exposed to and that they have no choice if they want to stay on their land and pursue their lives and livelihood, this is un-democratic. Informed consent is surely one of our democratic rights and this is being flouted in all places where nuclear installations have been built or are being planned.

We can’t force people living in close proximity to these nuclear plants to take all the risks while others- including foreign companies – reap all the billions of dollars as benefits.